According to the First Order, a Stormtrooper by the name of FN-2022 has caused plenty of uproar in the galaxy and beyond by using the female restrooms on Urthha, known by most of us as Earth. The problem? FN-2022 is a male to female transgender soldier. While most of the universe accepts gay and transgender individuals, Earth seems to be a few centuries behind a majority of the galaxy. When asked to comment on this rising issue, Supreme Leader Snoke had no comment, however his advisors did take the time to make this statement:

“Regardless of gender, our soldiers are treated with equal respect by our staff. Urthha is not a planet in the systems of the Republic nor the First Order, therefore neither the Supreme Leader nor General Organa have any jurisdiction over whether or not FN-2022 should use the restrooms on said planet.”

We looked into the issue further, interviewing several passersby in North Carolina and Virginia, many of which had no idea there were transgender individuals in their restrooms, let alone aliens. Asking these passersby for their opinions on the matter, many said that they “did not appreciate illegals where they piss”. Apparently, they have a different definition of the word “alien”. Others stated that they were “unopposed” to sharing their restroom with either gender, regardless of whether or not the individual was transgender.

The United States government begs to differ, agreeing with most parents of children in high schools that are now considering making its restrooms unisex. In April 2016, Senator Ted Cruz strongly supported the segregation of sexes in public restrooms. Cruz said, “men should not be going to the bathroom with little girls like Hannah Clark.” He has yet to make a statement of the dilemma with FN-2022.

Overall, it seems that the United States has some catching up to do with the times of the First Order and its enemy, the Republic. For now, we wait, but next time, we’ll have the latest news on the universe and beyond. Whether it be restrooms, Stormtrooper healthcare, or the latest fashion by Kylo Ren, we’ve got you covered. 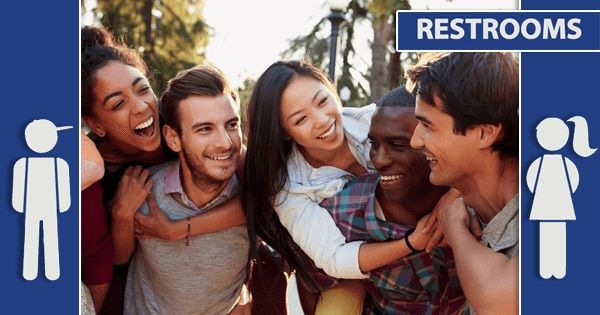